To share your memory on the wall of John Thompson, sign in using one of the following options:

A celebration of life will take place at a later date. A drive through visitation will be held at the Dundalk Fire Hall, 85 Dundalk Street, Dundalk on Saturday from 1-4 p.m. Please remain in your vehicles as you pay your respects. *Mask or face coverings must be worn* Interment at Maple Grove Cemetery. If desired, donations to the Dundalk Fire Department or Chapman House Hospice of Owen Sound would be very much appreciated. Online condolences may be placed at www.mcmillanandjackfuneralhome.com
Read Less

Receive notifications about information and event scheduling for John

Donations are being accepted for: Residential Hospice of Grey-Bruce Inc..

We encourage you to share your most beloved memories of John here, so that the family and other loved ones can always see it. You can upload cherished photographs, or share your favorite stories, and can even comment on those shared by others.

Posted Nov 21, 2020 at 07:17pm
We were so sorry to hear of John’s passing. We always enjoyed our visits with him when we were camping in Dundalk park, and in Meaford. One memory is from when we got our fifth wheel stuck in the Dundalk park, and he rescued us by pulling us out with his tractor.He was a great asset to the community and will be missed. Our sympathy to his family.

Posted Nov 20, 2020 at 12:17pm
Sending my condolences, John was such a nice person. Thinking of you Joanne and the rest of the family. He will always be watching over you. R.I.P. John
Comment Share
Share via:
EI

John was a gentle man always had a smile on his face and there will be a void in the family with his passing. He really liked his motor home and the adventures he and Joanne enjoyed. He always welcomed you into his home in Dundalk and talked about how much pride he took when he worked at the Fire Hall.

Posted Nov 19, 2020 at 07:35pm
My condolences to Joanne and Family on the passing of your beloved John. I remember John always smiling, willing to lend a hand wherever needed, a character guy! Another great Dundalkite gone to soon. R.I.P JOHN 🦋
Comment Share
Share via:
MF

Posted Nov 19, 2020 at 11:07am
Sincere condolences to family and friends in John's passing. He was a wonderful person and so community minded. Always enjoyed talking with him and he was so helpful with information when Mervyn and I were taking pictures and covering news stories for the local newspaper. He will certainly be missed. May you find comfort, peace and cherish the wonderful memories, Joanne. as you and your family go through this difficult time.
Comment Share
Share via: 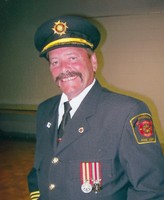 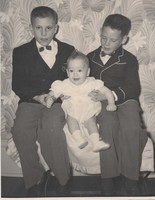 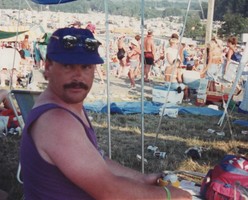 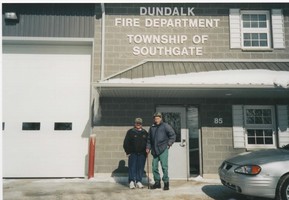