To share your memory on the wall of Henry van der Veen, sign in using one of the following options:

Henry was the devoted and cherished husband of Carol for over 55 years, adored dad to Peter (Joan)... Read More
van der Veen, Henry

Henry was the devoted and cherished husband of Carol for over 55 years, adored dad to Peter (Joan), Robert (Missy), and Jon (Ming) and ‘pake’ (grandfather) to Elly, Jonathan, Joscelyn, Adam, Harry and Tara.

Throughout his life, Henry was known for his integrity, strength of character and a handshake to match. He was greatly respected by all who knew him. Henry will forever be in our hearts and memories and deeply missed by his family and friends.

Henry had a passion for driving and camping across North America; in lieu of flowers, donations to Ontario Parks are greatly appreciated : ontarioparks.com/donate
Read Less

Receive notifications about information and event scheduling for Henry

We encourage you to share your most beloved memories of Henry here, so that the family and other loved ones can always see it. You can upload cherished photographs, or share your favorite stories, and can even comment on those shared by others.

Posted Sep 15, 2020 at 06:47pm
Robert/John and family....Sorry this is somewhat late but I just learned of your father's passing.
Deepest sympathy to the van der Veen family.

I (Ingrid) will never forget our stay at Henry's and Carol's home during our familytrip to our Canadian family. Hiking, enjoying awesome breakfasts, watching the fireflies nearby the 'Dobbe' (lake) and having great conversations. I will remember Henry as a very gentle and inspiring person.

To Carol and family, our thoughts are with you in this difficult time.

Posted Sep 03, 2020 at 12:21am
Always great memories of Uncle Henry at family gatherings throughout the years. He had a handshake like no other, and could serve a breakfast that would keep you full all day. RIP Uncle Henry!
Comment Share
Share via:
HV

Posted Sep 02, 2020 at 11:22pm
I have many memories with Henry during our younger years during the war in Holland.
I also have many fond memories growing and sharing our life together in Canada with him.
Sandra and I have great memories of family gatherings we had and enjoyed so much!
The Dutch meatball soup and pannenkoeken was Henry’s specialty.
He was a great people person and I will miss him as a brother.
Till we meet again Henry!
Herman (Harm) and Sandra van der Veen.
Cobourg. Ont.

Posted Sep 02, 2020 at 04:24am
I still remember our familytrip to Canada, more than 20 years ago! What a great time we had, staying at Henry's and Carol's house! I never forget the thunder and lightning in the night, my first time on internet, the great surroundings, but most important of all i will never forget 'Henny' and Carol. Their hospitality, interest in other people, their making breakfastskills :-) (enough for 10 people extra)... but most of all their great hearts behind all these things. Carol and family; (We) I wish you a lot of strength in these sad period. (Franciska &) Tim de Vries
Comment Share
Share via: 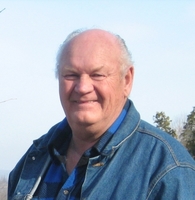 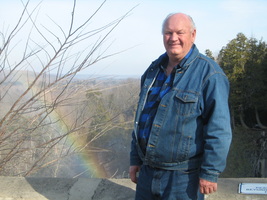 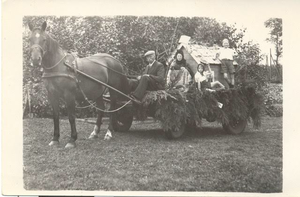 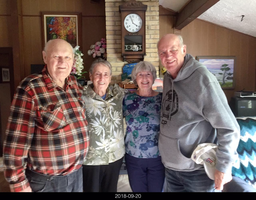