To share your memory on the wall of Garnet Keating, sign in using one of the following options:

Receive notifications about information and event scheduling for Garnet

Print
A Celebration of Garnet’s Life will be held at a later date. Please check the funeral home website for updates on dates and times. In lieu of flowers, donations to Chapman House Hospice, Ronald McDonald House or any other children's charity would be appreciated.

We encourage you to share your most beloved memories of Garnet here, so that the family and other loved ones can always see it. You can upload cherished photographs, or share your favorite stories, and can even comment on those shared by others.

Posted Mar 25, 2020 at 08:22am
He was such a great man. He and my Dad were good friends in their teens and twenties. I would hear lots of stories about my Dad from Garnett
Comment Share
Share via: 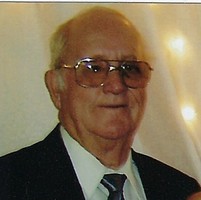