To share your memory on the wall of Howard Hannon, sign in using one of the following options:

Receive notifications about information and event scheduling for Howard

We encourage you to share your most beloved memories of Howard here, so that the family and other loved ones can always see it. You can upload cherished photographs, or share your favorite stories, and can even comment on those shared by others.

Posted Apr 08, 2020 at 05:22pm
A longtime neighbour from my youth. Learned of this today; sympathies to the entire family and in particuliar to Lori, Wayne and Sherri.

Posted Apr 07, 2020 at 10:57am
We are sorry to hear of Howard's passing in these most challenging times, when its difficult for families and communities not to be able to come together and share in the loss. I have fond memories of Dad and Howard heading to Snelgrove to buy pigs and calves on Friday evenings, and of heading to the Hannon's on Saturday nights (as the Hannon's were first to have a TV in the neighbourhood) to watch Foster Hewitt call playoff hockey games. Delores, our thoughts are with you and your family. Neil and Ann Hunking and family.
Comment Share
Share via:
A

Posted Apr 06, 2020 at 07:58pm
Our thoughts and prayers are with the whole Hannon family at this very difficult time. Howard was such a great man. Always willing to stop and chat. Dad loved being on the Lions club with Howard. Many fond memories of this great man
Judy & Alex Lyon
Comment Share
Share via:
LF

Posted Apr 06, 2020 at 06:49am
Please accept my sincerest condolences in the passing of Howard. I have fond memories of him and enjoyed many long chats when we met up at sales and different functions. He always had a kind word and a word of advice. He will be greatly missed.
Sincerely
Lorne D Ferguson
Comment Share
Share via: 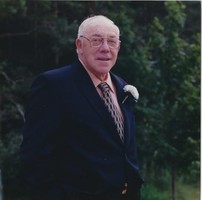